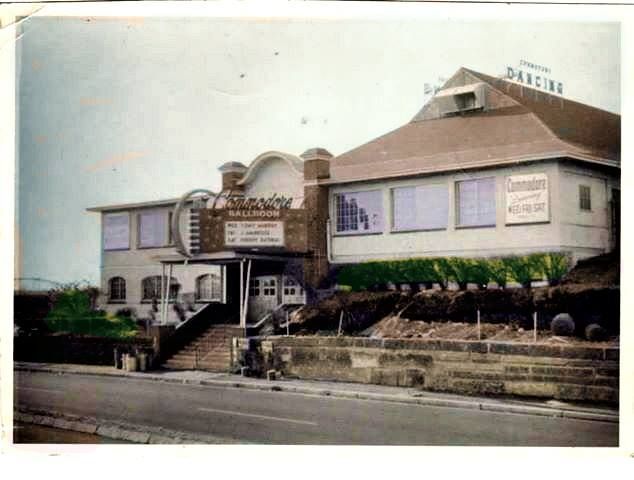 The details on this fractured fairy tale are a bit foggy. We had to check in with drummer Mike Lamm who attempted to “fill in the gaps” on the exact location of this foamy incident, but regardless of where it happened…this is one for the archives.

Some of us thought this happened at the infamous Channel in Boston, but we can’t find an account of the date of the gig and Mike swears it happened at Mr. C’s Rock Palace up in Lowell Massachusetts sometime in the summer of 1983 or 1984.

Any who!…it involves the band Molly Hatchet. All the original members of the hard rockin’ “Hatchet” have since passed on so you’ll have to have a little faith in our recollection of this incident.

We were opening up for Molly Hatchet on this hot summer night, and we were excited about the good size crowd that was expected. We got to the venue a little early to catch their soundcheck, hoping we’d get one too, and when we arrived at the club, the band was already there and enjoying the “pre-gig” festivities.

Molly Hatchet had a reputation as a hard-drinking party band that loved to play, and on this night, they showed their party muscle.

In their contract rider, they had a clause regarding “beer”. The club’s stage manager told us that they had something in the agreement that stated the beer must keep flowing!

Beside the stage was a big trash barrel, filled with ice and beer cans. The band and crew had already dug deep into the supply before they even started tuning up.

Molly Hatchet must have been working on some new tunes, because the soundcheck went on for a while!

We hung out waiting to put our gear on stage, but it was looking like we weren’t getting a soundcheck. Meanwhile…Molly Hatchet had gone through that first barrel of beer and was busting thorough the 2nd one in record time.

It was way past soundcheck time for us and the doors were about to open, but the band keep playing, jamming and drinking beer! They went through another full trash barrel when they finally stopped and we scrambled to get out stuff on the stage.

The club manager was a little ticked off, cause he had to keep filling the barrel but he seemed to calm down when they finished their soundcheck, anticipating that the band would be leaving the club and coming back for their set later in the evening.

We set-up..ran to some closet that was supposed to be a dressing room to throw on our stage clothes and the doors opened and the place started filling up. Meanwhile… The barrel had been relocated to just outside the bands dressing room…and when we looked in it as we headed to the stage to play our set…it was empty!

The club manager filled it up again…we played to a great crowd and had a solid set and were making our way back to the dressing room when we saw the club manager having a fit cause the band and crew had finished off another barrel. We couldn’t believe these guys could stand - never mind play!

We toweled off, and threw on tee-shirts, …and the club manager said something about “fixing these guys real good” regarding the unbelievable consumption of beer. He had crawled into some dusty dark space near the stage and pulled out about 3 cases of “Narragansett Lager” beer that looked as old as the Native American waters it was named after.  Skunk Beer for sure…

He loaded up the barrel, the guys in Molly Hatchet were having a good ole’ time…and taking their time getting on with the show. The crowd was restless.

They finally made it to stage…and tore into a ripping set…Narragansett cans in tow. We didn’t stay for the entire set and we packed our van full of gear, but took one more peek at that barrel, now full of water- that had made its way back to the side of the stage again. It was almost empty.  Band didn’t seem to care what they were drinking!

Don’t know if that barrel got filled again, and we wondered what the club manager stuck in there for the next round. That was hardest we’ve ever seen a band party, AND play at the same time, and it should get filed under, “never attempt this with guitars in hand”!